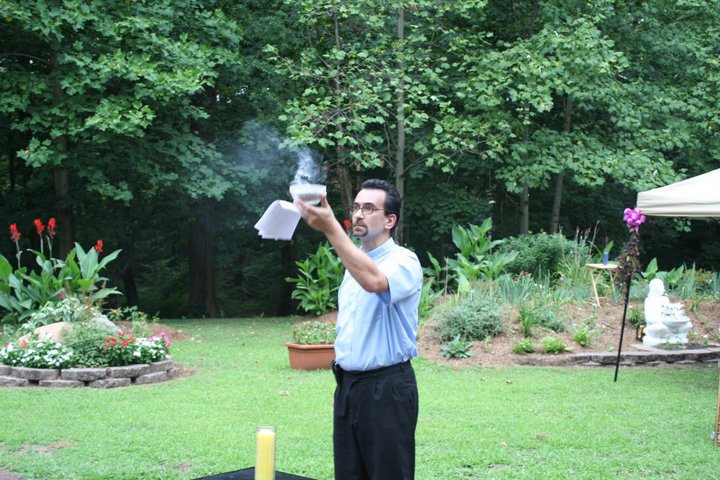 Rev. Dave started his journey at the age of 7 when he realized that he could read playing cards and was able to see and hear ghosts. He soon was under the tutelage of a prominent High Priestess and Crone of The Circle of Wind coven. Following her passing 15 years later, Rev Dave was taught by her successor, for 21 years.

Rev. Dave is educated in the Wiccan ways, as well as the Celtic, Druid, and shamanistic ways. His journey has continued to further his understanding of all earth based religions. Rev. Dave has also learned at an early age that he could channel his own energy into those that had some physical aliments. In 1985 and again in 1987 he assisted with Pa. & NJ Police in two missing person cold cases and was able to help bring to light and find the missing people.

Dave Stardancer, enjoys living simply and has always believed that what is given freely should be given back freely. Life is not about making a name, but just to enjoy life. Dave continues to further his spiritual enlightenment and assists others along the same path. A certified Drug and Alcohol Counselor since 1991, Dave is a dually ordained Minister of both the Universal Life Church of Modesto, California and Eucharist Minister of the Episcopal Diocese of Trenton, NJ.
In 2009 til the present day, Dave Stardancer Baker began teaching new fledglings who has the desire and willingness to learn about the pagan path. Dave Stardancer Baker has an unorthodox way of teaching but it has been proven to be effective. Many of his students have gone on to high learning within their chosen path .